The ‘measure of iniquity’ of an unmarried, pregnant woman in eighteenth-century England


Last Wednesday the Coroner’s inquest sat upon the Body of a Child found dead, shockingly mangled and torn. It appeared to have been clandestinely buried [in St. Peter’s churchyard] at night and thro haste buried near the surface so that dogs or swine had rooted it out. When people throw aside all Care and Tenderness for their own Children, and never procure them the Benefit of Baptism into the Christian Church – nor after breathing out their little Souls (which most probably is owing to want of proper Nourishment) pay their poor tender Remains the Duty of common Burial, - but can so far divest themselves of Humanity as to throw them into Holes dug in Gardens, Lanes, or Ditches, as is but too often the Case, - surely the World has filled up its Measure of Iniquity.


What was the ‘measure of iniquity’ of an unmarried girl who found herself pregnant and without the support of the child’s father in eighteenth-century England?
A woman who was pregnant was unlikely to be believed if she claimed rape, that she had been forced into a sexual encounter with her master, another man in the household, or a stranger, because the extent of medical beliefs during the eighteenth century was that the fact that a woman became was pregnant was sufficient evidence that she had been a willing partner and had ‘enjoyed’ the experience (Farr, Samuel (1788) Elements of Medical Jurisprudence).
It may have been some months before a young woman realised that she was pregnant and if she was a servant she was surely likely to lose her position and fall upon parish relief. If she was not ‘settled’ in that parish it is likely that the woman would be removed to her original place of settlement before her bastard child was born and gain a right to settlement in the place of its birth.  (See my earlier blog http://c18thgirl.blogspot.co.uk/2013/07/part-3-right-to-settlement-in-parish-of.html ) A pregnant woman with settlement in the parish would have be brought before a magistrate by the overseers of the poor and questioned as to the father of her unborn child. If his name was given and her version of event believed, the father would be expected to marry the woman or otherwise enter into a bastardy bond, committing him to support the child when born.


These are familiar themes visited in George Eliot’s ‘Adam Bede’ and Thomas Hardy’s ‘Tess of the D'Urbervilles’. In Adam Bede, Captain Donnithorne, grandson of the local squire, flirts secretly with seventeen year old dairymaid, Hetty Sorrel. They enter into an affair and Hetty discovers that she is pregnant only after her Captain has left the area.  En route to find him, she gives birth to her child and in her distraught state she takes the baby into the woods and buries it under a tree. Hetty’s actions are discovered and she is subsequently convicted and sentenced to hang. 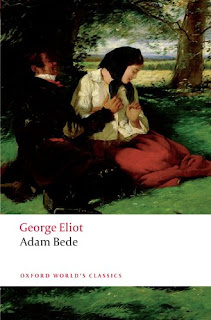 Hardy’s Tess spends several months as a servant, resisting the son of the family’s attempts to seduce her. Finally, Alec d’Urberville takes advantage of her and Tess returns home to her family to give birth to a child, whom she christens Sorrow. Sorrow dies soon after he is born. 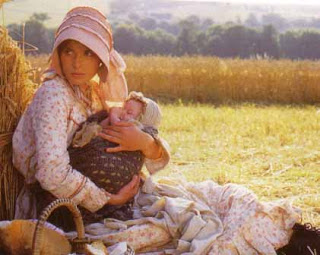 
A woman who did not know she was pregnant, or chose to hide the fact rather than admit the same to a parent or employer, might give birth to the baby alone. So many stories in the indictment records tell of young, unmarried servants giving birth alone, suppressing the noise of childbirth and hurrying to hide the signs of blood and the baby. Inevitably, the existence of an indictment relates to cases where a baby died and the mother was accused of causing its death, i.e., infanticide. The accompanying witness statements make no reference to the possibility that the delivery of a baby without medical support, however crude, by someone with no knowledge of how to cut an umbilical cord or clear the baby’s airwaves to enable it to breathe, may well have resulted in an apparently still birth.
What incentive was there for a woman in this position to admit that she had been pregnant and delivered a still-born child? Her immoral behaviour might at best result in her dismissal from her post, particularly if it was believed that a member of the household had fathered the child. At worst the woman might be wrongly accused of the murder of her child. The Concealment Act of 1624 (21 Jac. c. 27 ) defined infanticide as arising if a child was born alive, that it was a bastard child, and the means could be shown by which the mother killed it. The Act further provided, that in the absence of a witness to the birth, evidence that the mother attempted to conceal the body was evidence of her having murdered it, thus placing the burden of proof onto the accused woman to prove her innocence, in contradiction to all other rules of evidence in criminal law. 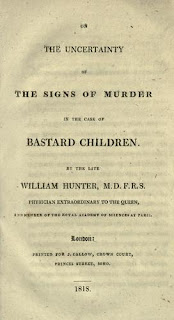 Indictments tell of the bodies of babies hidden in cupboards, boxes and dung-hills, i.e., the first hiding place that came to hand. Therefore, the fact of a baby buried in a churchyard conjures up the image of a woman who, in desperate circumstances, sought to find a spiritual resting place for her child. In a period when the burden of original sin was still prevalent, a mother would be concerned for the soul of her baby who died before it could be baptised. Burying a child in a churchyard, albeit without official baptism, is surely evidence of a mother’s attempt to ensure that the soul of her child might benefit and find its way to heaven.(See my earlier blog http://c18thgirl.blogspot.co.uk/2013/10/medicine-and-mortality-1300-1900-death.html).

If synonyms for ‘iniquity’ include not only ‘wickedness’ and ‘sin’ but also ‘injustice’ – I am sure that I know where the injustice lay in respect of many abused and abandoned women.