Skipping in The National Archives and beyond

Continuing the theme of quirky material in The National Archives (TNA) I decided to investigate references to my daughter’s hobby of jump rope skipping.  Skipping is an activity which requires only one simple piece of equipment, a rope: as a result, skipping is accessible to anyone, but I did not anticipate that research into skipping would lead me to entries for convict women, saucy pictures and nudity, through to automated skipping machines and murder. 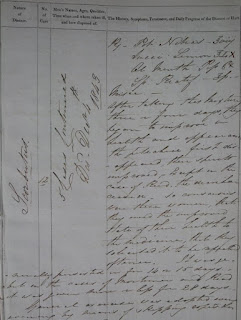 I was surprised to find the earliest reference to skipping at TNA in the records of convict transportation to Australia.
In 1843, Jane Billington, aged 26; Sarah Reid, aged 49; Eliza Normington, aged 19; Elizabeth Hutchinson, aged 21; and Ellen Mortimer, aged 45 were on board the female convict ship Woodbridge, bound for Hobart’s Town, Van Diemen's Land. The journal of Jason Lardner, Surgeon Superintendent, records that in October 1843 the five women came down with scurvy, for which they were issued with oatmeal instead of salt provisions and given a mixture of medicine, including lemon juice, and instructed to exercise by skipping every evening.

“General exercise was adopted every evening by means of skipping ropes etc."

The next references to skipping were found in a series of photographs from 1885 onwards and demonstrate the popularity of skipping amongst women, who were generally restricted in their options for physical exercise.

'Crossing the Line' - This pastoral scene captures two women turning a long rope for their children. 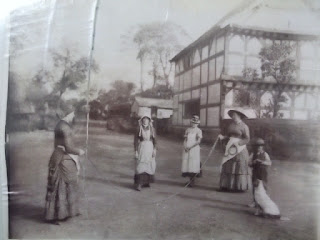 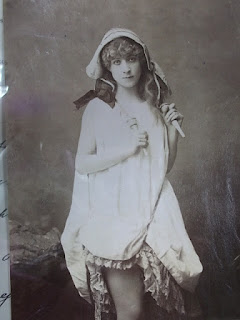 In contrast, a rather saucy photograph appeared in the same year, in which a woman is shown posed in a studio setting with a skipping rope over shoulders and catching her dress up on right side so that it shows her legs. 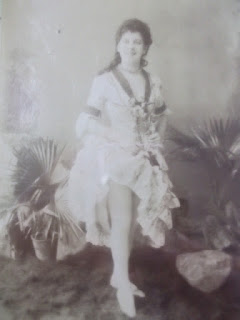 Constance Stanhope began her career as an actress in British provincial theatres.  She appeared at the Vaudeville Theatre, London, toured America and went on to tour with the D'Oyly Carte before returning to the Vaudeville in London. Reviews of her work can be found in publications such as The Era, a weekly newspaper famous for its theatrical reviews, sport and gossip.


Eadweard Muybridge (1830 -1904) was an English photographer from Kingston upon Thames, who gained attention for his pioneering work in photographic studies of motion, and early work in motion-picture projection. An 'interesting' example of his work can be found in TNA COPY 1/384/74 from 1887, which shows the motion of a bare-breasted woman skipping through a sequence of 36 photographic images, demonstrating movement from right hand side, front, and back. 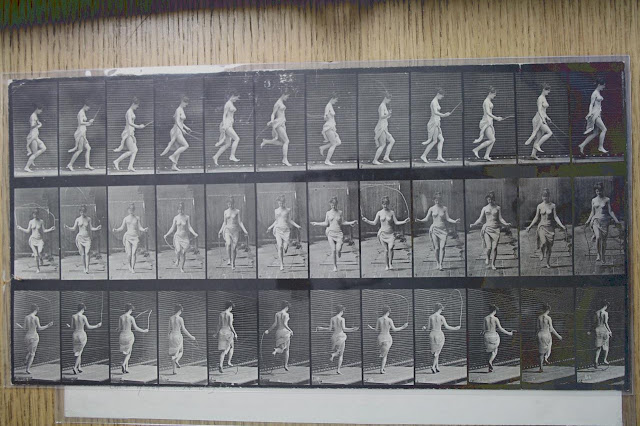 Somewhat defeating the physical benefits of skipping, the USA patent registers includes patents for skipping machines, which appear to turn a rope, thus saving the skipper from turning the rope. 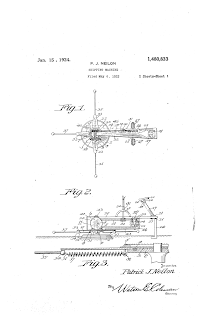 US patent, publication number US1480833 A (filed May 1922) contains the application of Englishman, Patrick J Neilon, then living in  Cleveland, Ohio, to register his design for a skipping machine.

'The present invention has for its purpose the provision of a machine of this character, especially adapted for use at playgrounds, places of amusements or resorts, or may be used in gymnasiums for exercising purposes.

A similar application in 1960 from Robert D Parkhurst can be found in the US records at publication number US2980423 A.
'A primary object of this invention is the provision of a mechanically rotatable device having a laterally projecting element thereon over which the child may skip or jump as the device is rotated.'


Uses for a skipping rope took a more sinister turn in 1963 when Percy Edwin McPherson was convicted of manslaughter on the grounds of diminished responsibility, following the death of his with Vilma Audrey McPherson on 4 February 1963 in Loughton, Essex, by strangulation with a skipping rope. Fortunately, I have not found any similar reports in the assize records concerning the misuse of a skipping rope. 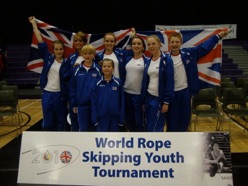 Jump rope is no longer confined to the playground but is an international sport: I am very proud that my daughter was a member of the youth team at the World Rope Skipping Championships 2010. Today the British Skipping Rope Association (BRSA) is the governing body of rope skipping within the UK and enables British skippers to compete at European, world and international levels.
So go on, encourage your child to find a skipping club near you. 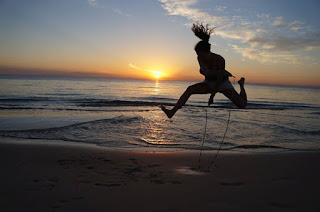 Skipping at sunset on the beach at Moreton Bay, Brisbane. 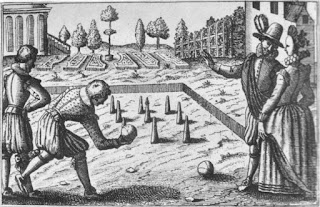 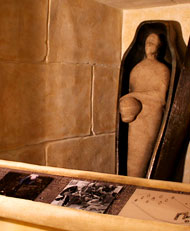 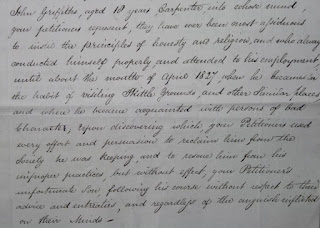 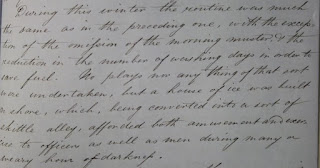 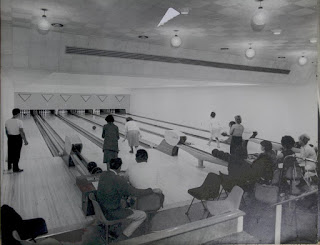 Patchwork Quilts in The National Archives

The word `quilt' derives from the Latin word cucita meaning a bolster or cushion, which in turn derives from the Classical Latin consuere meaning accustomed to, stitch or sew together. A quilt is traditionally a type of blanket made up of three layers, the top and bottom layers made of whole sheets of cloth with a middle layer of wadding. The layers are joined using ties, stitching and decorative embroidery. Records found in The National Archives (TNA) generally includes references to quilted bed covers, while other museums hold examples of quilted women's petticoats, babies' caps and men's waistcoats:


While references to quilting can been traced back to the Middle Ages, references to patchwork quilts do not appear in English or Welsh records until the eighteenth century. A patchwork quilt is a variant form of quilting in which paper patterns are used to cut different fabric shapes which are then pieced together to form the top layer.

One of the earliest known patchworks is the 1718 silk patchwork coverlet held in the Quilters’ Guild Collection. While quilting was considered a professional skill at this time, patchwork was a ladies’ leisure pursuit, using expensive silks and printed cottons which were cut from paper templates (another expensive commodity) following the mosaic patchwork method. 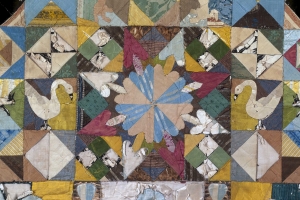 Simpler and cheaper fabrics were used by the lower classes whose quilts had functional purposes, although the design and making of them acquired different cultural relevance across time and place. 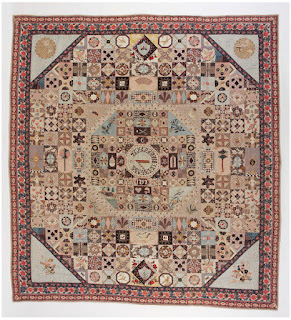 Patchwork was deemed a suitable activity for female convicts on board transport ships.The Lord Sidmouth was one of three convict ships carrying female prisoners from England and Scotland to New South Wales in 1822/23. As a result of T. Bensley’s 1821, ‘Third Report of the Committee of the Society For the Improvement of Prison Discipline ...’ a set of rules was recommended by the Ladies' Association for female prisoners at Newgate. These Rules were probably already in place by the time the Lord Sidmouth was ready to set sail in 1822, as demonstrated by the following extract from the journal of ship’s surgeon Robert Espie:


7 September 1822 at Woolwich. Mrs Pryor came on board and completed all her arrangements having given each of the women a quantity of patchwork and other articles to employ them during the voyage. (TNA ADM 101/44/10, folio 6).

Extract from the Third Report of the Committee of the Society For the Improvement of Prison Discipline ...’ 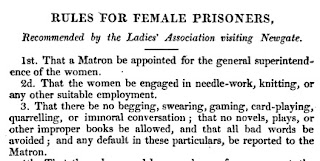 Possibly because of the scarcity of resources in the early settlements of North America and Australia, the ability to recycle old and scrap material into colourful quilts meant that quilting became, and still is, a popular art form in those countries. 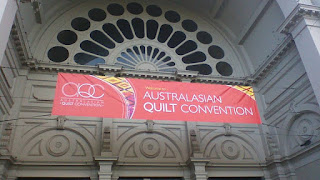 An exhibition of patchwork was even the subject of an anti-terrorist investigation in 1980. An entire file (TNA WORK 12/866) is given over to security issues raised when Kilkenny Design Workshops proposed mounting an Irish Patchwork Exhibition in the Fine Rooms of Somerset House, being one of 90 events planned to take place in London during February and March 1980 under the umbrella programme, ‘A Sense of Ireland’. 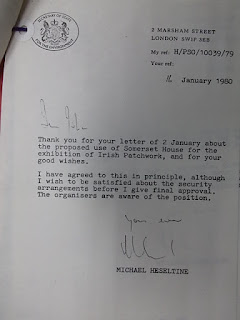 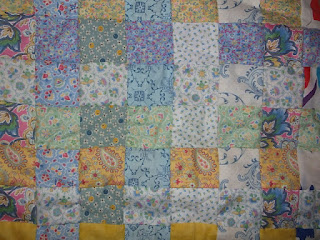 
And if this has whetted your appetite to make a patchwork quilt, here’s how - courtesy of Angharad Jones … 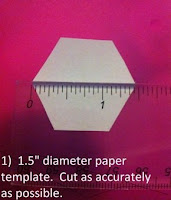 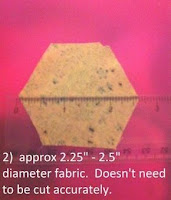 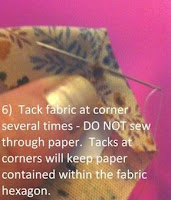 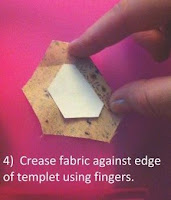 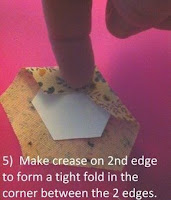 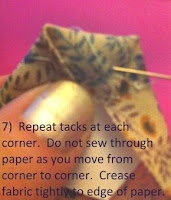 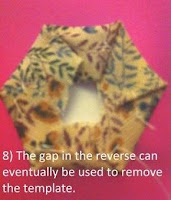 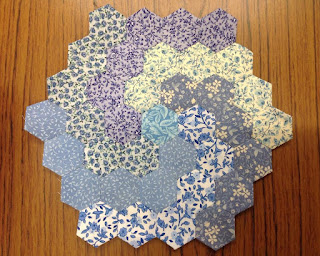