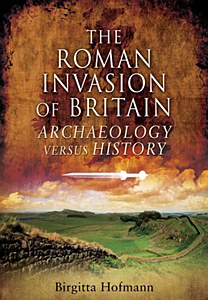 The underlying theme of this book is that the paucity of archaeological evidence and eye-witness narratives concerning the Roman Conquest of Britain means that there is little irrefutable evidence of events, such that each new discovery has the power to change our perception of events. What we are left with is a series of valid interpretations.

Birgitta Hoffman is an archaeologist and scholar of the Roman invasion and occupation of Britain. She attempts to reconcile and interpret the different sorts of data to which the disciplines of history and archaeology have access, offers alternative versions of events, and identifies opportunities for further study. For example, Hoffman compares material and written evidence of the life and career of Commius, sometime Gallic ally and sometime opponent of the Rome. She suggests that there may instead have been two men bearing the same name, perhaps father and son or men of the same tribe.

Eight chapters are devoted to the first century invasion and occupation of Britain by the Romans, including Caesar's incursions, Claudius' invasion and Boudicca's revolt. One chapter is given over to each of the following three centuries of occupation when, as Hoffman explains, a dearth of eye-witness narratives has resulted in the greater reliance on archaeological evidence for the later part of the occupation. Disappointingly, photographs of archaeological sites are not of the highest quality and it would have been helpful if they had been numbered and cross-referenced in the text.

This is not the book for those who like neat conclusions: it raises more questions than it answers. That, however, is its strength. Hoffman has an easy style; her submissions are well argued and presented in such a way as can be understood by the 'lay' enthusiast and those studying classical civilisation or archaeology. 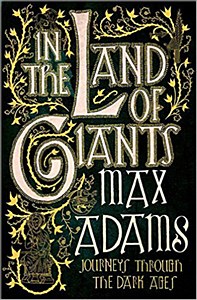 Ten walk narratives from Max Adams which explore the history of Britain during the 'dark ages' from York to Whitby, London to Sutton Hoo, Edinburgh to Anglesey and Hadrian's Wall to Loch Tay.


An eminently readable book which tells of ten journeys taken by the author across the four nations of the United Kingdom, covering more than 650 miles on foot, thirteen hundred by motorbike and another 650 by sea between November 2013 and March 2015. His travels took him to Anglesey and the Llyn Peninsula, through the Welsh marches, to Cornwall and the Scottish Highlands, from London Bridge to Sutton Hoo in Suffolk, across Wessex and from York to Whitby. It is a journey of discovery, examining landscapes and remnants of buildings in search of the peoples and culture of early medieval Britain between the end of Roman Britain (410) and the death of Alfred the Great (899): the 'Dark Ages'.

With a dearth of narrative histories for this period, Adams looks for evidence that can 'animate' our understanding beyond the archaeology of where people lived and how they constructed their houses. He explains the problems for archaeologist in post-Roman London, when settlements were generally constructed with organic materials that rot over time, combined with the probability that there were no single functioning towns in Britain during this period. In contrast, more rural settings allow for larger open-area excavations that prove that extensive settlements both existed and thrived in the post-Roman centuries.

Contemporary landscapes testify to the Early Medieval world in monuments, stone walls, tombs, earthworks, place names and poetry. Nevertheless, Adams questions the extent to which the continued existence of many place names with Roman, Anglo-Saxon or Viking roots exaggerate the genetic and cultural impact of migration. Genetic science now provides evidence that very ancient and stable bloodlines still survive in many areas of Britain, which in turn raises questions about the intermingling of bloodlines between native and invading forces. Did Roman, Anglo-Saxon and Viking invaders come here, make their money then migrate back to their continental homes? As Adams concludes: 'The past gets more interesting; never less complex'.