The Quill Pen in the Archives

Following my earlier blog on ‘speech, manuscript and print’, http://c18thgirl.blogspot.co.uk/2013/11/early-modern-common-law-scholarship.html, I pondered on the relationship between speech and written text, and the importance of the quill pen in times preceding the typewriter and computer keyboard.
A number of years ago, while working on the MH12 (Manchester Workhouse) project at The National Archives (TNA), I was sitting alongside Malcolm Mercer, their medieval specialist at the time, who was looking at 14th century rolls of the Coram Rege: in particular, KB 27/168/1, November 1301 - November 1302. About half way through the roll a quill pen was found twisted into the cord of the spine. The ink on the nib was a black as it would have been on the day it was left, having been protected against exposure to sunlight for 600 years. What was more important, the roll or the pen? The answer must be both: material artifacts such as the quill pen tell their own story: one can imagine the scribe going to work the following day, sitting at his desk, scratching his head and wondering where on earth he had left his pen. Likewise, Dr Susanne Jenks found a quill pen in a 1620 plea roll (CP 40/2068 part 2), an image of which can be found on the TNA website.
Quill pens were the principal writing instrument in the Western World from the 6th to the 19th century.  Quill pens were most commonly made from goose or swan feathers during the medieval period because of their compatibility with parchment and vellum: some say that the feathers of the Lincolnshire goose are the best. 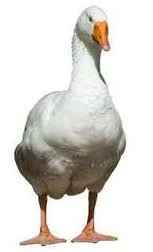 If you enter ‘pen’ AND quill’ into The National Archive catalogue you get 55 results, which include quill pens left with a related document, wills left by pen and quill manufacturers and dealers, the image of quill pens to decorate tithe maps, and photographs of individuals holding a quill pen. Additional references for quill pens in TNA records can be found by a general search of the home page for ‘quill pen’. 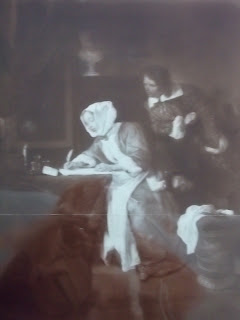 COPY 1/460/547 - 'Photograph of oil painting by Gabriel Metsu entitled 'The Little Writer Surprised' (c. 1662): Young girl writing with quill pen at a table with a young man looking over her shoulder. 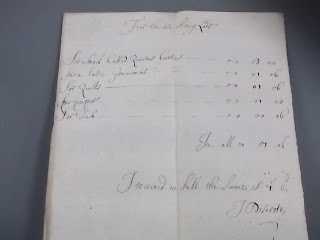 
In 1823, the Encyclopaedia Britannica offered the following helpful instructions for preparing a quill:
“In order to harden a quill that is soft, thrust the barrel into hot ashes, stirring it till it is soft; then taking it out, press it almost flat upon your knees with the back of a penknife, and afterwards reduce it to a roundness with your fingers." 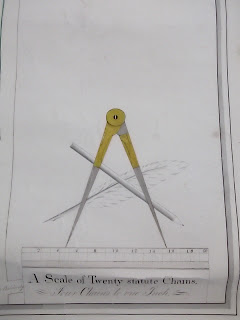 Metallic pens and pen nibs were introduced in the mid-19th century (although a bronze pen was found in the ruins of Pompeii). John Mitchell of Birmingham is credited with having introduced the machine-made steel pen point in 1828. http://www.britannica.com/EBchecked/topic/449539/pen#ref290261
BT 51/5/8613 - Class 1: metal goods. Registered design No 8613: registered by C Brandauer and Company, Steel Pen and Pen Holder Manufacturer, of New John Street West, Birmingham.  Metallic tip of penholder. The novelty is the shape of the internal tube which admits of an ordinary pen or a crow quill or mapping pen being held in the same holder. (18 June, 1884) 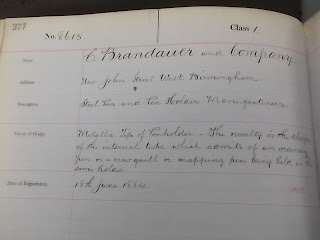 A physical representation of the design can be found in BT 50/12. 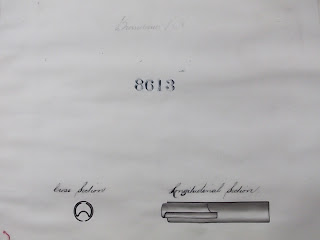 While the earliest record of a reservoir pen dates to the Caliph of Egypt in 953, it wasn’t until the 1850’s that patents for fountain pens began to appear and mass production did not begin until the 1880s. http://www.princeton.edu/~achaney/tmve/wiki100k/docs/Fountain_pen.html. 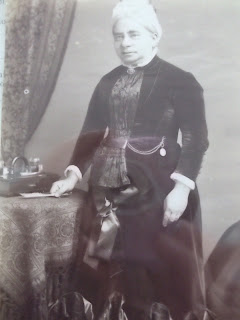 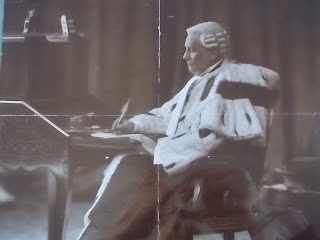 
A visual history of the quill pen, produced by the Museum of Writing, can be found on YouTube at http://www.youtube.com/watch?v=36h1vt-9sss
Posted by C18thGirl at 21:55