Micro-histories (and blogs): a search for the meaning of life or an exercise in privileging the marginal, the bizarre and the obscure?

In The Kiss of Lamourette,[1] Robert Darnton suggested that ambition of historians in studying individual people, documents or rituals was ‘to understand the meaning of life.’ That put me in mind in Douglas Adams’ The Restaurant at the End of the Universe, in which Ford Prefect concluded that a search for ‘the meaning of life’ was a ‘frivolous exercise.’ So how reliable are micro-historical studies and blogs in enhancing our understanding of social history?

Richard Evans described micro-history as the ‘privileging of the marginal, the bizarre and the obscure,’[2] in that micro-historical methods can enhance our understanding of human nature, social circumstances and cultural life. For similar reasons, Edoardo Grendi described micro-studies in terms of the ‘exceptional normal.’[3]
The application of micro-historical methods by historians such as Carlo Ginzburg’s[4] and Giovanni Levi’s[5], particularly in a redefinition of the scale of observation, can also be seen in the work of historians and who are otherwise better known for their association with the Annales school and long-term social history. For example, Emmanuel Le Roy Ladurie in his Carnival in Romans[6] relates the events of two weeks in the history of sixteenth-century, Romans in France, against the background of religious wars. The book considers events through the actions of two main characters, Jean Serve-Paumier, a craftsman, and Judge Antoine Guerin. 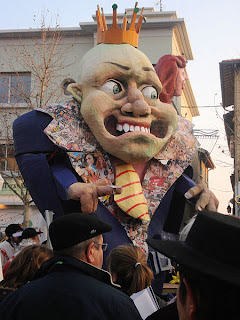 Similarly, postmodernist, Michel Foucault’s case of Pierre Riviere[7] concerns the tale of a nineteenth-century peasant who killed his mother, sister and brother. Foucault considers the judge’s treatment of the assassin’s testimony and his refusal to analyse or interpret the psychiatry of the case. 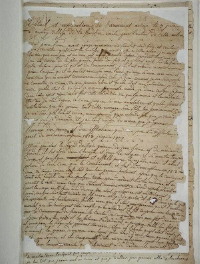 One of the better known micro-studies is Natalie Zemon Davis’ The Return of Martin Guerre,[8]which has since been made into a film starring Gerard Depardieu and as Sommersby with Richard Gere and Jodie Foster. Sometime during the 1540s, in a village in the Languedoc region of France, Martin Guerre married Bertrande de Rois. It appears that Guerre suffered from impotence, had financial problems and subsequently left his wife. In 1560 Guerre returned to the village and was accepted by his wife and the villagers. However, some three or four years later it transpired that this was not Martin Guerre but a peasant, Arnaud de Tilh. The imposter was revealed following a dispute between ‘Guerre’ and his uncle when, during the course of those proceedings, the real Martin Guerre returned.

The story has been retold many times, most notably by Michel Eyquem de Mantaigne (1533-1592) an intellectual and philosopher of sixteenth-century Renaissance France. Like Ladurie, Davis recounts events using court records and the accounts of the two judges in the case, however, it is criticised for the many ‘perhaps’ and ‘may have been’s’ in her version of events.[9] For example, Davis concluded that Bertrande was a willing accomplice in the deceit practiced by Tilh: while that may have been the case, there is no documentary evidence to support that conclusion. Davis reached that conclusion, chiefly on an assumption that a wife would at least recognise her husband when it came to their experiences in the bedroom. However, Bertrande was very young at the time of her marriage and Guerre was thought to have suffered from impotency. Therefore, it is possible that his wife had limited sexual knowledge of her husband prior to his disappearance and accepted the improvement in that area of their relationship upon his return. We do not and cannot know what Bertrande really believed and the court found her innocent of practicing any deceit. 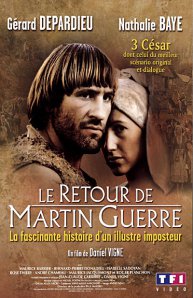 Micro-histories are not welcomed by all historians as a legitimate methodical process because of the limitations when one is unable to test a theory through the repetition of events or collective experiences. However, the reduction in scale does not have to mean a reduction in the value or extent of the results of that research. Micro-histories can, and have, uncovered social trends and factors otherwise unobserved from serial or quantitative methods. In Inheriting Power[10] Levi found that by reducing the scale of observation to a local area and putting names and places to data, it became possible to see the effect of family relationships on land prices between contracting parties, which was a previously unobserved phenomena.
Micro-histories draw on practices usually associated with anthropology, in particular ‘thick description’, which asks ‘why?’, in contrast to ‘thin description’, which looks at the evidence and says what it is.[11] Asking ‘why?’ allows historians to place the object of study in context, as a means of enhancing our understanding of the social history revealed. Reading the evidence with reference to the social context in which it was created should help allay reservations about the cultural relativism of the object of study.
In the case of Martin Guerre, the question is whether Davis crossed the boundary between reconstruction and invention. Authors of micro-histories can resolve that problem by identifying the research procedures followed, noting any documentary limitations, and explaining the techniques of construction and interpretation applied. Postmodernists would argue that recreating the past is not possible, it has happened and we were not there - history is merely a discourse on one’s interpretation of the discourses of others.
Carlo Ginzburg identified what we now understand to be ‘microhistory’ as being the only model that provides a ‘radical alternative to the lies of constituted society... represented by these victims of social exclusion.’[12] Studies of feminist, black and civil rights movements have benefitted from micro-historical methods which reveal matters previously hidden from traditional histories. Once uncovered, the obscure individual, hidden in the archives, reveals an understanding of the lives of ordinary people which have for so long been excluded from historical records. As Fernand Braudel observed: ‘do not believe that only the actors which make the most noise are the most authentic – there are quieter ones too.’
Postscript: in the 2013 film ‘The Butler’, Hollywood has missed another opportunity to offer an accurate interpretation of a social history through the life of one individual. The film fictionalises the real life of Eugene Allen as Cecil Gaines, who served in the White House under eight US presidents, from Truman to Reagan. It moves his 1920s childhood from Virginia to Georgia while, in the film, the white overseer rapes his mother and shoots his father dead, even though there is nothing to suggest that anything like this happened to Allen’s parents. Surely Allen’s life was remarkable in its own right without the addition of a stereo-typical story of the white overseer’s rape and murder of his black workers.