In an earlier blog I referred to pauper children housed with Mr Keel in the Thames Ditton, before the opening of the workhouse in 1760.[1] However, in addition, the overseers of the poor were responsible for the education and training of pauper children.

The 1601 Poor Relief Act distinguished between those able and not able to work.[2]  Those classified as not able to work included: persons incapacitated through sickness or old age (though no age for retirement was specified), widows, deserted mothers, unmarried mothers and orphaned children. The intention of the Act was that each parish should provide training for pauper children who found themselves resident in a workhouse, through education in reading, writing and casting accounts. They were to be taught a useful trade or craft and, on reaching the age of fourteen, apprenticed or sent out to work. By these means pauper children might obtain sufficient skills to support themselves in the community.

While similar terms applied for running the workhouses in Thames Ditton and Kingston, the 1725 scheme for Kingston included a requirement that the inmates should be taught to read and write and set to work. In contrast, articles of agreement between the churchwardens and overseers of the poor of Thames Ditton and the workhouse masters (1760 and 1781) required only that the poor were set to work: no reference was made to the education of the poor.[3] 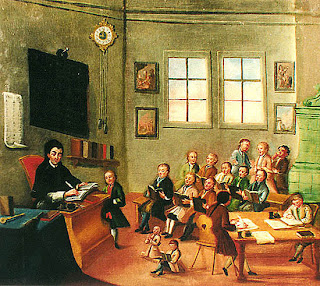 
There were six small schools in the parish by 1788, teaching about 90 children, although there were no endowed schools for parish children.[4] There are no details available regarding the status of children attending the small schools but with a population of about 900, about two-thirds of which were possibly children, it is likely that the greater proportion of poor children received no formal education. Nevertheless, for pauper children with no means of education or training, the overseers of the poor were authorised to place them in apprenticeships, the parish rate covering the costs entailed in doing so.


Only twenty-two pauper-apprenticeship agreements have survived for the period 1715-1795 and concern twenty boys and two girls of the parish. Indentures of apprenticeship were arranged between the overseers and individual tradesmen. The occupations of the indenture holders provide evidence of whether these were true apprenticeships or merely a convenient way of obtaining cheap labour, while disposing of a burden on the parish.  As can been seen in Table 1 (below) only two girls are found amongst these records, both placed in low skilled trades. While husbandry, farming and the like were not necessarily skilled trades, the boys would have learnt marketable skills for a largely rural community. Only four apprentices in this sample were placed in Thames Ditton, the benefit to the parish being that the remainder of the children would (in time) acquire settlement in the new parish: should any of the children fall back into poverty in later years, they would no longer be a drain on the rate-payers of Thames Ditton.[5]

Some apprenticeship indentures include details of payments to the tradesmen/masters.  Charles Buckland was paid £10 6 shillings for taking Mary Buckland as apprentice for ‘buying and selling of goods which my wife uses’; and £3 7 shillings was paid to William North on his taking John Nell as an apprentice in ‘husbandry’. Provisions regarding child welfare do not generally appear in the agreements between the overseers of the poor and the new master, although, the indenture held by John Sampson stipulated that ‘if John Sampson beat or abuse Thomas Ward, Sampson to pay Churchwardens or Overseers £6. 6s.’ Although the agreement did not require Sampson to pay compensation to the child for a beating, it may have been the intention that the apprenticeship could be terminated in such circumstances. New masters were expected to be bound by their agreements, as highlighted in the terms of the indenture with Thomas Fielder which required him to pay £20 to the overseers if John Hailey’s apprenticeship was cancelled in the first seven years. Some indentures required an annual payment to be made to apprentices over the age of twenty-one.  John Warren was required to pay John Freeland £7 per annum from the age of 21, being the last three years of his apprenticeship as a tile maker; and William Stibbs was required to pay John Rogers £1 per annum from the age of 21, for the final three years of his apprenticeship as a bodix maker.


The proportion of children in the population rose in the second half of the eighteenth century and, thus, the dependency ratio of people who had to be supported similarly increased.[12] Before the workhouse was opened, provision for the maintenance of a pauper child was generally included in the family pension and, if a child was abandoned or orphaned, it could be boarded out. It may have been that some children between the ages of five and nine were been boarded out in preparation for an apprenticeship.[13] Certainly the evidence from Thames Ditton is that children were not necessarily boarded out with the poorest members of the community in need of a subsidy to the weekly income, since nearly all payments for the care of both boys and girls were made to men of some means. Mr Mann occupied a house and land valued at £12, and received a payment of £1 2 shillings for the care of ‘Turners boy’ over a period of twenty-two weeks; Mr Brook’s house and land was valued at £60 and he was paid £1 6 shillings for the care of ‘Butler’s boy’ over a period of twenty-six weeks, until the boy was apprenticed to Mr Edwards; Mr Holland’s house valued at £7 and he received an income for the care of Henry Hart, while his sister, Hannah Hart, was in receipt of poor relief  at one shilling and sixpence a week. Whether married men received payments in their own right, or on behalf of their wives, is not specified: however, the only payment made directly to a married woman during the same period (1758) was for the care of a poor man.


While records for Thames Ditton are too sparse to enable any real conclusions to be drawn the indications are that boarding out, followed by an apprenticeship, were preferred over idleness in the workhouse. The level of training and care received by pauper children who were apprenticed out can only be guessed at. One may wonder about the intentions of the justices and parish vestry, whether they were sentimental philanthropists or motivated by a system that subsidised low wages and maintained widespread pauperism.