Before the advent of a national police force victims of crime were expected to take the lead in the detection, arrest and committal of suspected criminals. In those circumstances, local knowledge and the support of the community were essential in bringing a suspect before a magistrate. Until that point, magistrates generally took a passive role in the investigation or detection of infractions of the criminal law, issuing warrants to local constables or bailiffs to search and arrest suspects at the request of a victim of crime.


Once a suspect was detained the role of a magistrate was to examine the victim, accused and any witnesses. Examinations were taken in the presence of a legal clerk, whose role was to ‘create’ written statements based on the questions put by the magistrate and answers elicited from each witness. They were then signed by the witness and the examining magistrate. Sworn statements were used to form the basis of an indictment which was put to a grand jury to determine the validity of an accusation and might be produced to the grand jury to enable them to reach that decision.


The case against Hester Norton began when she tried to sell a silver tumbler to William Thompson. Although Thompson lived seven miles away from Hester’s former home he was aware of her bad character and, suspecting that she had stolen the tumbler, he reported his suspicions to a magistrate.


Gray’s statement includes confirmation that he was the owner of the goods, as proof that goods were taken from an identifiable person. It states the value of items taken and evidence of the seriousness of the alleged crime through the breach of trust by a servant who stole from her employer. Gray’s signature provides evidence of his literacy and his statement is marked to show that Gray was bound by a financial bond to prosecute Hester at the following assizes. 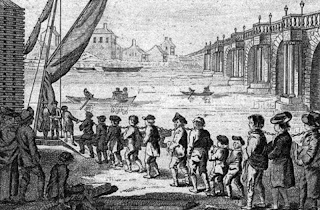 
Statements transcribed in this blog can be found in The National Archives, series ASSI 45/20/2.