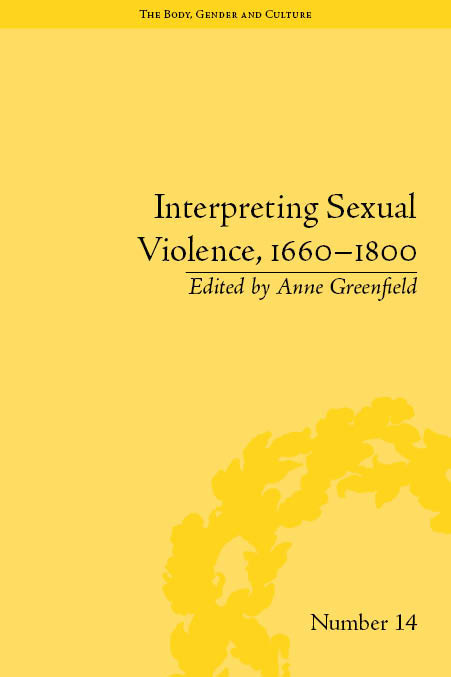 Over the centuries society has placed a great deal of importance on a woman’s chastity, therefore, rape has been seen in terms of an assault upon a man’s property, patriarchy and masculinity. It will come as no surprise to learn that the victims of rape have not always attracted the support of their family or neighbours and while sexual violence inflicted on a very young victim might be denounced, the same support was not necessarily forthcoming to an older woman who might be expected to defend her honour more vigorously.

Anne Greenfield has brought together an eclectic collection of essays from fourteen historians and literary scholars who examine the range of behaviours that might be viewed as sexually violent, or excused, in Restoration and eighteenth-century England. This book explores the relationship between representations of and responses to sexual violence in courtroom reports, plays, literature and art: it demonstrates the benefits of an interdisciplinary approach to the study of sexual violence, drawing on a wide range of genres and primary sources. However, that interdisciplinary approach means that some essays will fall outside the area of interest for some readers.

The collection begins with a contemporary historiography by Julie Gammon on the subject of sexually motivated violence during the early modern period (1660-1800), followed by an analysis of the history of laws on rape and medical jurisprudence in England by Mary R. Block. Block reminds us that during this period medical jurisprudence was still unclear as to what was necessary to cause conception so that pregnancy continued to provide evidence of acquiescence by the woman and, of course, a woman who consented had not been raped.

Katie Barclay's contribution examines notions of female consent and acceptance of male force in courtship rituals during the eighteenth century. Because of the legal onus on a woman to resist unwanted sexual advances, Barclay concludes that even violent sexual assaults might be excused as a seduction technique, at least between social equals, and result in a forced marriage for the victim. Such scenarios are described in eighteenth-century works as the ‘rape of seduction’ and consideration of the blurred boundaries between rape and seduction is taken up later in this book by Lena Olsson.

It was the lack of consent by the woman that turned lawful sexual intercourse into rape: in contrast, the act of sodomy between adult males was an offence in its own right. Therefore, essays by Gammon and Aparna Gollapudi consider evidential issues in prosecutions for the rape or sodomy of a child, when consent could not be given or assumed in a girl aged under ten years or a boy under the age of fourteen.

Gollapudi examines eight cases of sodomy alleged against child victims (1730-1780) in which she highlights the court’s focus on the body of the adolescent boy and the level of violence or pain inflicted upon him. As with rape, successful claims of sodomy required proof of penetration and ejaculation, therefore, supporting evidence from a surgeon was crucial in securing a conviction. However, Gollapudi concludes that the evidence set out in the court papers, testing the boys on the levels of violence inflicted, indicate greater concern with a boy’s reliability as a witness than with the perpetrator’s crime. In that respect, she argues, these cases provide contrary evidence of to the general notion of the eighteenth-century ‘cult of childhood’, where children are fabricators of the truth rather than pure innocents.

The essays that follow on generally concern interpretations of sexual violence in fictional settings.

Four essays in this collection examine dramatized portrayals of rape, beginning with Anne Greenfield’s study of fifty or so plays produced on the London stage which featured depictions of rape or attempted rape. As she observes, the admission of female actors onto the stage after 1660 allowed for the more realistic portrayal of dramatized rape scenes. Greenfield questions the attitudes and responses of audiences to rape scenes and her essay demonstrates contradictory responses to dramatized displays of rape, compared to the culture of ‘victim blaming’ identified by Block and Gammon in the real world. In the fictional world, tragic rape scenes were figured as violations enacted against the woman’ s will at a time when, Greenfield asserts, the desire to rape a woman was considered ‘natural’ and something that women might ‘enjoy’. She resolves these contradictions by suggesting that, even though sexual violence was portrayed favourably as evidence of masculinity and power, the same audiences might find a form of ‘beauty’ in the tragedy of the story.

That theme continues in Ann Marie Byrd’s essay, in which she draws on texts produced by male and female playwrights (1660-1700) that include scenes of erotic assault across the themes of comedies of manners, comedies of intrigue and tragedies. She notes that each play focuses on the body of the actress and that comic plays generally resulted in the marriage of victim and seducer, while serious works concerning a woman’s dishonour close with her tragic ending. Like Barclay and Greenwood, Byrd concludes that audiences ‘understood’ the motivation of a rapist, while the theatrical experience of watching the suffering and destruction of a woman offered a moral lesson for the audience. 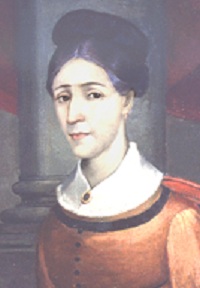 Elizabeth Haywood.
Loring Pfeiffer examines rape and comedy as portrayed in Eliza Haywood’ s 'A Wife to Be Lett’. The play produced in 1723 centres on the story of married woman whose husband attempts to pander (pimp) her to an admirer in return for a large sum of money. Although the play concerns marital conflict, Pfeiffer draws an analogy between the storyline and contemporaneous political issues of Tory resistance to the demands of the Whig majority. While the essay offers an interesting literary analysis, its author looks at marital violence in the context of a metaphor for political events rather than as a commentary on attitudes to sexual violence in the real world.

Jennifer L. Airey similarly argues that the dramatized violation of a woman could be used to symbolize the unacceptable activities of government. Airey considers the the tendency of society to view rape in terms of an offence against a man’s property being applied in order to portray economic and political corruption during the Civil Wars and Jacobite uprisings in works of fiction. In that respect, Airey and Pfeiffer generally focus on rape as a theatrical device for political ends rather than shedding new light on public attitudes to sexual violence. 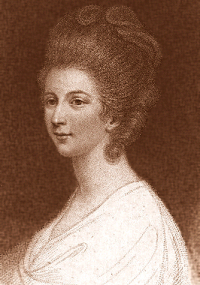 Charlotte Lennox.
Moving to the literary genre, Robin Runia examines Charlotte Lennox’s novel 'The Female Quixote' (1752). While Runia acknowledges that the book ridicules female concerns with male seducers, she also draws out contemporaneous concerns with the more serious issues of how and whether a woman could protect herself against rape. Runia observes that the author’s notion of female virtue perpetuates the belief that a female victim must bear some of the blame for the unwanted attentions of a sexual predator, when moral failings are linked to intellectual deficiencies.

The themes raised by Runia are developed by Dawn A. Nawrot as she considers issues of the culpable woman who is both the victim of and accessory to rape, demonstrated in four well-known texts: Roxana (1724), Clarissa (1748), Tom Jones (1749) and The History of Miss Betsy Thoughtless (1751).  Nawrot raises questions as to whether, following an assisted rape, the victim  continued to fear the power of the perpetrator and a female assistant, and how that was reflected in future relationships. However, the characters examined are fictional and their responses are contrived for its audience, so that a ‘ruined’ woman was assumed to lack the subjectivity to refuse to marry her attacker but would break away from a woman who betrayed her.

Nichol Weizenbeck takes a different look at sexual feelings in Laurence Sterne’s 'A Sentimental Journey’ (1768). Sterne offers a theory of manners, morals and sentiment, as the narrator recounts his various amorous adventures and expresses his feelings on those encounters. While the story includes bawdy sexual allusions, Weizenbeck asserts that it also carries as implied criticism of the exploitation of young women by powerful men. The narrator’s passive rejection of aggression and resistance to temptation represents, she suggests, the sympathy and piety behind the ideology of sensibility and represents Sterne's affirmation that Christian piety can impact society.

The sources for Lena Olsson’s essay include legal and medical texts, works of fiction and poetry. Olsson examines the ‘myth’ that women were capable of resisting rape which stood in direct contradiction to the legal definition of rape, being the forcible penile penetration of the vagina, which was an impossibility according to the myth. Olsson finds evidence to support the view that rape was commonly interpreted in terms of courtship practices when court records show that little regard was paid by juries to injuries sustained by alleged rape victims and references in works of literature suggest marriage as a ‘solution’ to accusations of rape. 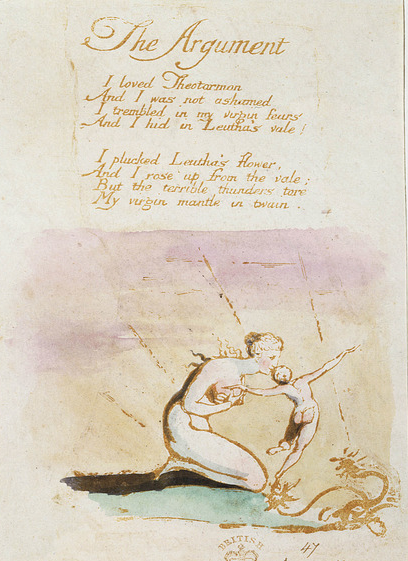 Blake, Visions of the Daughters of Albion.
Misty Krueger analyses a William Blake poem 'Visions of the Daughters of Albion' (1723) alongside testimonies from real trials for rape. Krueger argues that the poem reflects contemporaneous trial proceedings in rape cases and the injustices that entailed. Krueger points to the origins of a forced marriage following rape, being an ancient Jewish law, which stated that a rapist should marry his victim (now damaged goods) to excuse the crime against a family. Krueger also makes the point that the capital nature of the offence of rape frequently led to indictments for a lesser offence. While Blake’s depiction of the sexual encounter is ambiguous as to consensual sex or rape, Krueger concludes that he does, nevertheless, confront the ‘oppression’ that results from rape and the ‘blame-the-victim’ attitudes common in other texts of this era.

"Pan and Syrinx" by Jean-François de Troy.
Melanie Cooper-Dobbin's essay completes this collection with an examination of representations of sexual assault and rape in the visual arts, in particular, images of 'Pan’s Attempted Rape of Syrinx' during the seventeenth and eighteenth centuries. Cooper-Dobbin notes how a shift occurred in images of the story, whereby leading characterizations moved from the male aggressor to the promiscuous female. Pan is, of course, depicted with horns, but the monstrous horns of Pan came to be replaced with the horns of domestic animals. Later satirical images depict Pan as a man emasculated and ‘abused’ by a tyrannical woman, together with her seducer who gave him the horns of the cuckold.

The treatment by some essayists of rape as an accepted aspect of male virility during the period surveyed is questionable and the absence or failure of indictments for rape in the assize records does not necessarily provide evidence to support that view. It is possible that when victim and assailant were known to each other they, or their families, might have been reluctant to pursue an indictment for rape or sodomy, being capital offences without benefit of clergy. The relatively low incidence of complaints for either rape or sodomy in the criminal archives may also have resulted from the use of forced marriages or private financial settlements, in order to avoid the public humiliation of the victim, defendant and/or their families. It is Krueger who makes the point on forced marriage following rape most forcibly, describing it in terms of ‘repairing’ damaged goods rather than in terms of courtship rituals.

Possibly because of the capital nature of these offences, trial juries often gave partial verdicts of ‘not guilty of rape/sodomy’ but ‘guilty of assault’; otherwise, acts of sexual violence were indicted in terms of an attempt to commit the offence, which fell within the jurisdiction of the lower court as a simple assault: something to be examined on another day, perhaps.

One last thought, this collection of essays has an all-female cast, are any men out there writing on the subject of sexual violence, rape or sodomy?
Posted by C18thGirl at 14:06