High-End Fashion and Lifestyle from the Criminal Archives.

In March 1735 Mary Ormand appeared before Sir William Thompson kt., and Henry Wood esq., at the assizes for the City of York, where Ormand was charged with burglary and Elizabeth Torton and Jane Hickeringill were charged with receiving stolen goods. Ormand was found guilty of burglary and sentenced to death, though later reprieved and her sentence commuted to transportation for seven years. While the case raises a number of questions on the issues of gender, co-accused evidence, sentencing and reprieves, it is also provides an extraordinary body of evidence of the tastes and fashions of the eighteenth-century elite.
Ormand was first examined on 22 January 1735 before Richard Osbaldeston J.P. when she confessed that on 4 January, between 6 and 7p.m., she broke the cellar window of the house of Sir William Lowther, in Little Alice Lane, York.
Sir William Lowther, 2nd Baronet (c. 1694 – 6 March 1763), merchant, was educated at schools in Wakefield and Leeds before being admitted to Sidney Sussex College, Cambridge, on 28 February 1713. He succeeded his father as baronet and as M.P. for Pontefract in 1729. However, in 1740 he fell into financial difficulties and was forced to sell his Pontefract burages (rental properties) from which he derived most of his influence in the constituency, and left Parliament the following year.
At the time of the burglary, Sir William’s house stood in Little Alice Lane which ran from Goodramgate to Minster Lane. The name ‘Little Alice Lane’ apparently came from a diminutive woman who once lived there, though it was formerly known as Vicar’s Lane and currently as College Street. The names ‘Vicar’s Lane’ and ‘College Street’ refer to St William’s College built between 1465 and 1467 being the home of the cathedral chantry priests (who were paid to chant masses for the souls of the dead) and which stands about halfway up the street. 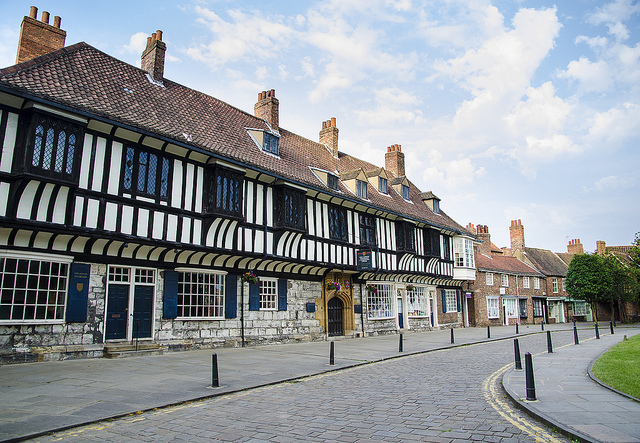 
Ormand confessed to breaking into Sir William’s house and said that she remained there on the first occasion for several nights, during which time she drank a bottle of ‘surfitt’ water and took away a bottle of cowslip wine and another of surfitt water. It is likely that the surfitt water had been produced by a member of the Lowther household as a recipe for ‘Surfitt Water’ (a remedy for the plague or small pox) can be found in the Lowther family archive at the Welcome Library (MS3341_thumb_0071).
John Gerarde, in his Herball, noted that cowslip plants “grow very plentifully in moist and squally grounds in the North parts of England”, and it is likely that cowslip wine made from the flowers of the plant had also been brewed in the Lowther family kitchen: having a narcotic quality, it was often taken as a sedative.
Ormand further confessed that she returned to the house for a second time and took a bottle of claret. Then again on a third occasion, about 7 January, she returned with a female accomplice and took two gowns, a quilted petticoat and a shift: at the time of her examination Ormand was wearing one of the dresses and the petticoat. She also confessed to taking a pair of stockings and a mantle lined with silk and decorated in gold and silver thread, a pair of breeches and a pair of gloves.
In total, fifteen witnesses provided information and gave recognizances for their appearance the assizes in this matter and their statements provide evidence of the true extent of Ormand’s activities. Mary Boynton bought a dress belonging to Sir William’s servant; Martha Scott bought a nightgown and waistcoat; Mary Whitehead purchased two shifts and two pillows; a pair of breaches were delivered to John Campbell, a foot soldier in Col. Harrison’s Regiment. Constable Henry Lightfoot gave evidence that he searched the house of Michael Colburne, a bricklayer, on 24 January and gave a statement listing about twenty items discovered in the house. Mary Colburne, his wife, explained that they had been brought to her by Ormand on 8 January so that she could sell them.
A schedule of the Goods Taken by Henry Lightfoot Constable of the Minster Yard of the House of Michael Colburn Bricklayer in Goodramgate York this Twenty fourth day of January in the year Of our Lord 1734
One pair of Black Cloth Breeches Lined with Shammy Leather
One Yellow Silk paddesway Gown and a tail to the said Gown
One Ash Colour’d Shagereen Cloak lined with a Persian …
One Ash Colour’d Shagereen Silk Night Gown
Two pair of White Thred Stockings
One pair of purple Colour’d Worsted Stockings
One pair of Scarlet Cloth Shoes wth Gold lace
One piece of new Lining Cloth
One Diaper Napkin mark’d wth a letter  (L)
Two Holland Shifts & one Shirt
One Holland Apron
One Lace Handkerchief flower’d wth Gold & Silver
One Short Apron flower’d wthSilk
One White Dimothy petticoat
Two Girdles one Green & the other Yellow
One piece of Yellow Silk Persian
Several piece of White Sattin flower’d wthSilk
A Tail belonging to a Strip’d Turky Silk Gown
One piece of Green Tabby Silk
The information of Mary Colburn of Goodramgate


Shammy or Chamois leather - a type of porous leather that was used in the manufacture of gloves, breaches, jackets, and pouches. 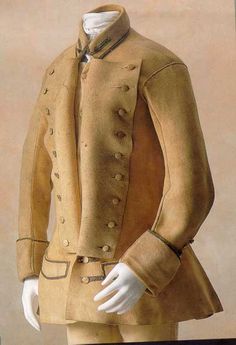 
Paddesway or paduasoy - a grosgrain weaved silk. The weave was more delicate than the grosgrain used today yet it was a heavy material which was often used in day wear clothing. 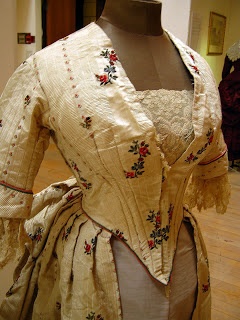 
Shagereen or Shagreen  was introduced to Europe from Japan during the seventeenth and eighteenth centuries. It is an untanned leather with a granular surface, prepared from the hide of certain animals, particularly horses, or from rays, sharks and dogfish whose skins have a smoothly pebbled texture.


Worsted is a woollen yarn which was widely manufactured in the West Riding during the eighteenth century and it was the textile manufacturers of Yorkshire who were instrumental in the persuading Parliament to pass the Worsted Acts of 1777, which established an inspectorate to police workplace theft (17 Geo. III, c.35).


Holland was the name given to the fine, plain-woven linens imported from Europe, particularly the Netherlands. 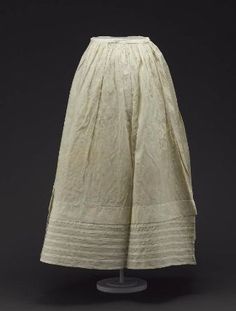 
Turkey or Ottoman silk is characterized by large-scale stylized motifs often highlighted with metallic threads. The silk was produced for use both within the Ottoman Empire and for export to Europe and the Middle East. 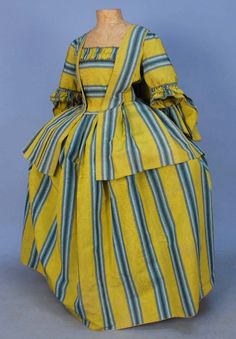 
Tabby is a fabric with a watered pattern, such as silk or taffeta. 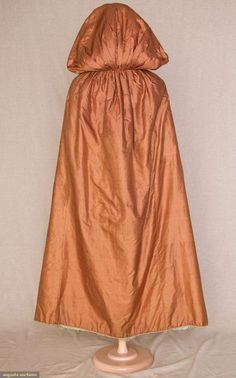 
Sir William Lowther’s and his wife (there were no children) must have expended a significant amount of money in maintaining their liking for high fashion. What is most surprising is the fact that, following Ormand’s conviction for such audacious acts of burglary and theft on an significant scale, her sentence was commuted to transportation to America for seven years. This case, if nothing else, provides significant evidence of the reluctance of eighteenth-century-assize judges to execute female convicts.
Other sources:
Lowther MSS, Denbighshire Record Office.
John Gerarde (1597) The Herball, or, Generall historie of plantes /gathered by John Gerarde of London, master in chirurgerie.
ASSI 41/2 Gaol Delivery, City of York, 11 March 1734/35.
ASSI 45/20 Depositions, North Riding, 1734/35.
Posted by C18thGirl at 14:36