In 1735 Hester Norton was accused of stealing a number of small items in gold and silver, money and clothing from her former employer, George Gray of Stillingfleet. Gray was made aware that Norton was the thief when she tried to sell a silver tumbler to William Thompson who lived seven miles away in York. Having heard something of Norton’s bad character, Thompson concluded that she had stolen the item and reported his suspicions to a magistrate. Following further enquiries, Gray was located and he identified the tumbler as his and reported an extensive range of other missing items. Norton confessed to the theft of the tumbler and two gold rings and Gray was bound in the sum of £20 to prosecute her at the following assizes.[1]

The case of Hester Norton is fairly typical of pre-trial procedures in operation during the eighteenth century in which the task of identifying and pursuing an offender fell on the victim or some other private individual who took an interest in the matter. 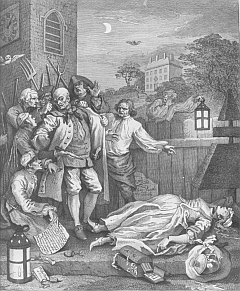 Deposition statements taken by a magistrate (or coroner) from victims, witnesses and the accused were not submitted as evidence in a trial but formed the basis of committal papers for trial at the assizes and provide a useful tool for examining how suspects were identified and evidence gathered. Local knowledge and the support of the community were essential in assisting the victims of crime who were expected to take the lead role in the detection, arrest and committal of suspected criminals. When Thomas Aikney was accused of the murder of John Boardingham by stabbing, nine year old Mary Boardingham provided the evidence that identified Aikney as the culprit, recognising the knife left at the scene of the crime as one she had seen in Aikney’s possession.[2] While John Palmer (aka Dick Turpin) was finally captured when his handwriting was recognised in a letter he sent to his home, thus revealing his new identity.[3] 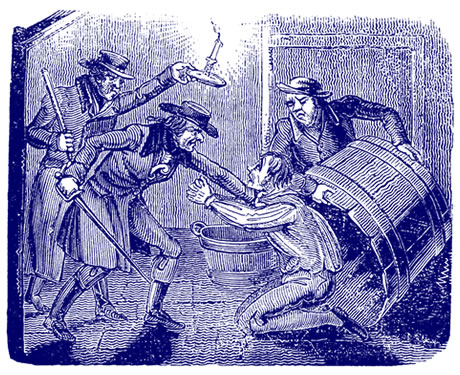 Married or widowed women were often the first people to examine the victims of rape, so that when Jane Bray claimed that she had been raped two midwives examined her body for evidence of bruising and other injuries.[5] Married and widowed women were also called to examine single women suspected of being pregnant or having committed infanticide. They could be asked to examine an accused woman’s breasts for signs of milk or search her room for signs of recent labour and delivery. When Isabel Ward was accused of infanticide in 1741, one of the churchwardens asked a midwife to examine Ward as he suspected that she had recently given birth.[6] When Jane Brown was suspected of having given birth to a bastard child and burying the body, her master went so far as to instruct the local blacksmith to make an instrument to enable him to search a vault in which he suspected she had dropped a baby. Using the purpose-made tool, the body of a baby was discovered.[7] 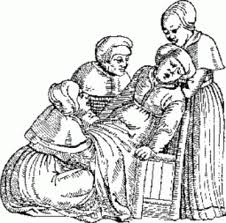 As Laura Gowing observed, “the governing institutions of early modern England devoted a considerable amount of time to the prosecution of women for sexual offences”.[8] There was good reason for that, when sexual impropriety touched on the laws of inheritance and the consequences of a sexual liaison outside marriage presented a potential burden on the parish rate which affected and, therefore, interested the constables, overseers of the poor and other concerned rate payers.

Any woman might assist in the detection of stolen domestic goods when they were removed from the home or noticed at another location. The case of Mary Ormand is illustrative of the world of female criminality, in which women might quite easily dispose of stolen household goods and clothing within their circle of friends and neighbours. However, the Transportation Act of 1718 provided inter alia, that anyone sharing in benefit of theft was deemed to have committed a felony on same terms as the principal offender, unless they turned evidence against them.[9] Therefore, ‘female solidarity’ was likely to be an early casualty when suspects were persuaded to turn king’s evidence against their co-accused. When Ormand and three female co-defendants were accused of the theft of clothing, her co-defendants and other female associates gave evidence against her.[10] At the subsequent trial only Ormand was convicted, highlighting the fragility of friendships when the law intervened and threatened to sentence a thief to death or transportation but offered a way out to an accomplice who was willing to give evidence against a friend or neighbour.

Local magistrates generally took a passive role in the investigation or detection of general infractions of the criminal law, issuing warrants to local constables or bailiffs to search and arrest suspects at the request of a victim of crime. They took a more active role in the investigation and prosecution of indictable offences such as aggravated thefts, coining, forgery, treason and murder. Mary Ormand’s biggest mistake was to steal from the house of Sir William Lowther, M.P. for Pontefract, which meant that her crimes were personally, and thoroughly, investigated by a magistrate on his behalf.

Resources for the detection and arrest of suspects benefited from developments in the way information could be disseminated through handbills and newspapers. For example, a bill of costs for bringing an indictment for theft against Mary Lambert Powell in 1767 included 3s 6d for the production of 300 advertisements.[11] Newspapers became increasingly available during the course of the eighteenth century and reward notices for the return of stolen goods appearing in newspapers illustrate the reliance on amateurs in the enforcement of the criminal law. Notices for stolen horses featured prominently, while other notices called for the return of household goods, and it is likely that they were placed by men and aimed at men who bought and sold horses at the local horse fairs, or men and women who frequented the local market place, inns and other public places where stolen goods could be disposed of.

Successful policing relied on the observations of the public to notice some form of disorder, then decide what to do about it, what to say about it and to whom to say it. As a result, not all suspects were apprehended and even some of those who were detained never appeared in court. Without a national police force civil order was maintained by a hierarchal system of ‘legal’ authority, ranging from the parish constables to the justices of the peace, sheriffs, judges, secretaries of state and, ultimately, the king. At the lowest level, authority within the family lay with the head of each household, who was usually a man. While widows had some independence, the rights of wives, children and servants were subsumed within those of their husbands, parents and employers. Nevertheless, some women in Yorkshire played a significant role in the detection of crimes, reporting on thefts and their suspicions on hidden pregnancies and untimely deaths, affording them an important role in the pre-trial process.