The relief system operating prior to 1834 (the ‘old poor law’) positioned each civil parish as a self-contained unit of administration responsible for the relief of its own poor, paid for by a parish tax assessed, collected and administered locally. Sir Edward Knatchbull's Act of 1723, allowed individual parishes, or unions of parishes, to establish workhouses where poor relief would be provided.[1] The Act also introduced the 'workhouse test' where anyone who applied for relief could be compelled to enter the workhouse, where one had been established for that parish. The workhouse test continued in this form until Thomas Gilbert’s Act of 1782, at which point poorhouses were designated only for the relief of the old, the sick and the infirm.[2] Thereafter, able-bodied paupers were explicitly excluded from the poor houses in order that they would be free to take up employment or subsidised by outdoor relief when necessary. My interests lie in community attitudes to its indigent poor and administration of the poor law between those dates.
‘There is no such thing as a history of Poor Law
only a history of relief in particular parishes.’[3]
Thames Ditton 1811.[4] 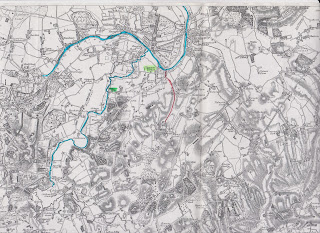 The means of raising and administering poor relief lay in the hands of the local parish and was overseen by the justices of the peace (JPs). The right to claim poor relief was dependant on the individual concerned being able to demonstrate a right to settlement in the parish from which relief was sought. Settlement examinations were undertaken by two justices and failure to prove settlement might to result in the issue of a removal order, removing a person (or family) to the parish deemed responsible for his or her upkeep.
‘We know very little about the activities of the vestries or the
justices out of sessions, but there is scarcely a hint of restraint.’[5]
Eighteenth-century JPs possessed extensive administrative and judicial powers in respect of the poor law: they appointed overseers of the poor, audited accounts, issued documents in connection with settlements, bastard children and pauper apprentices, and resolved disputes in these matters. While the practice in Thames Ditton was that most documents and accounts were signed by two JPs, many administrative functions appear to have been little more than rubber stamp procedures. They ensured that the law was enforced but do not appear to have questioned the day to day activities of the parish vestry and overseers of the poor in carrying out their statutory duties.[6]
Since the beginning of the seventeenth century, individual parishes had been able to raise money for poor relief by assessing those who held property within the parish boundaries for the poor rate, according to their ability to pay.[7] Most parishes, including Thames Ditton, used the rental value of a property as the basis for that assessment. The parish vestry and overseers of the poor were responsible for raising money and distributing relief, subject to the supervision of ratepayers assembled at vestry meetings. The parish vestry for Thames Ditton was not made up of a select committee; rather their meetings were open to all parishioners and attracted an average of ten attendees (all male) at any meeting. Although vestry meetings traditionally took place in the parish church, it was the practice in Thames Ditton to meet in one of the local inns, the church being quite small and the inns having the benefit of being able to provide refreshments. This was not unusual and allegations of drunkenness at vestry meetings were a matter of national concern.[8] 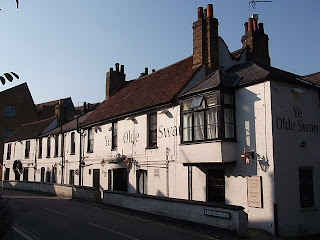 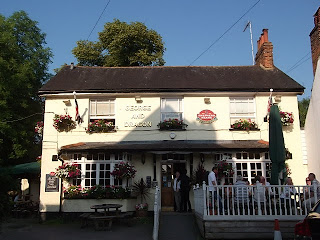 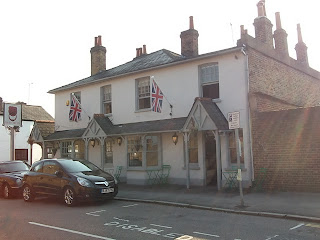 The keeping of vestry minutes in Thames Ditton was somewhat haphazard but, since vestry meetings were open to all parishioners, any issues could be aired directly at the parish meetings. The open vestry system operating in Thames Ditton may account for the limited instances of appeals against vestry decisions in the quarter session records, although a review of records for the King’s Bench (sitting as an appeal court) may provide contrary evidence. Nevertheless, in April 1739, the Thames Ditton vestry excused twenty-two residents from payment of the full rate assessed, following which there was an appeal to the Kingston justices, where a further fifteen were excused and two residents declared to have insufficient goods of any value to pay the rate.
Other concerns might be resolved within the parish, particularly if one of the more notable residents took an interest in the matter. When parishioners became concerned about the running of the local workhouse in October 1769, fifty-four of them attended a vestry meeting at which it was resolved that the overseers of the poor should take over the management of the workhouse from the existing workhouse master. Minutes of that meeting record that, the Right Hon. George Onslow, esq., ‘interposed’ in the matter, suggesting (for reasons of expense) that the workhouse master should not be dismissed until the end of his contract, which suggestion met with the agreement of the entire vestry.[9]
Signatures of attendees at vestry meetings provide evidence of the involvement of parishioners in parish business, their social status and levels of literacy of those administering relief. With few exceptions, the foremost residents of the parish do not otherwise appear to have taken part in day-to-day parish business, although Arthur Onslow, JP, signed various parish documents, such as the overseers’ accounts and removal orders.
An overseer of the poor was selected by the vestry, subject to the approval of the justices. He received no payment for his services, nor compensation for loss of earnings, yet was required to raise taxes and submit accounts to the vestry at the end of his year in office. Those who refused to undertake the task of overseer could be fined, though there is no evidence of such fines being levied in Thames Ditton. Overseers’ accounts for Thames Ditton are complete for the period 1723-1782.[10] Their accounts record the distribution of weekly pensions/allowances to the poor and made additional disbursements for clothes, shoes and the like. As demonstrated in Table 1, local business were used to supply goods and services to the workhouse, but there is no indication as to whether the vestry favoured local tradesmen at any price, over concerns for value for money, or whether members of the vestry were imposed upon to provide their services as cheaply as possible. Notes to the accounts include abstracts of charitable bequests benefiting the parish, although the indications are that the bequests were few and generally quite small. Therefore, the maintenance of the poor fell on parish ratepayers. Finally, the overseers’ accounts provide evidence of a rise in the cost of poor relief following the opening of a parish workhouse in 1760.

Poor rate books record the parish rate charged for each half year and the assessment made against all occupied houses and land in the parish.[11] They provide a valuable source for calculating the value of the land held in the parish, the economic standing of parishioners active in vestry business and evidence of those entitled to claim settlement through payment of the parish rate. The rate books also contain details of those persons who were too poor to pay or, having no certificate, were not assessed for rates in order to avoid establishing any right of settlement to those individuals.
Table 2 below demonstrates participation in parish business by a wide cross-section of the community. Records of parishioners active in parish business can also be found in the records of the general sessions, which include a register of names for the recorder, bailiffs, justices, jury, constables and headboroughs for the Hundred of Kingston upon Thames, which included Thames Ditton.[12]

Table 2: Rateable value of land holdings of Churchwardens and Overseers in Thames Ditton.

One might question whether those appointed as overseers had sufficient levels of literacy and numeracy in order to carry out their duties. It is of course possible that a number of the men kept accounts in the course of their daily business and were also literate. The practice in Thames Ditton was for two overseers and two churchwardens to sign the rate books and accounts; in most instances, at least three of them were able to sign their own name. On one occasion in 1776 only the churchwarden, Edward Cooper, was able to sign his name. Thomas Henn, the other churchwarden, and William Scott and Philip Smith, the two overseers, were all unable to sign their names and one must question how the accounts were prepared and errors or fraud protected against in such circumstances. However, while William Scott and his son (who shared the same name) were unable to sign their names, both men took an active part in parish business and were successful in their own business of farming and renting out land (see Table 2).
Criticisms of the abilities of a vestry to administer the wide-ranging poor laws cannot be not fully justified. Parish vestries had a long history in managing the parish church, poor houses and alms-houses, administering charitable endowments, and assessing, collecting and distributing the poor rate. In the case of Thames Ditton, overseers’ accounts and poor rate books indicate that the work was undertaken both competently and diligently by the overseers of the poor and parish vestry. 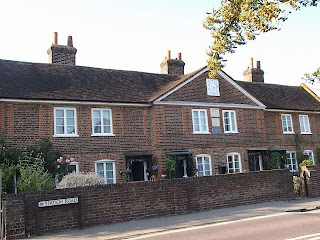 
If you have enjoyed reading this blog, please follow me using the link on right-hand panel.
[1] 9 Geo., I, c.7 (1723) For Amending the Laws relating to the Settlement, Imployment and Relief of the Poor.