A walk through the ages along the Forge Valley and River Derwent.

The Forge Valley is a dramatic gorge created during the ice age. Human settlement in the area of our walk takes the form of the twin villages of East and West Ayton, joined by an old bridge spanning the River Derwent. In 1872 a railway line was proposed to run from Scarborough to Pickering via Forge Valley to meet the Whitby line at Scalby. However, when it came to the planning stage it was found to run through Lord Londesborough's lands and after objections from his Lordship the railway line was not built. Nevertheless, at the same time the North Eastern Railway applied for powers to construct the line between Pickering and Scarborough, avoiding Lord Londesborough’s lands. 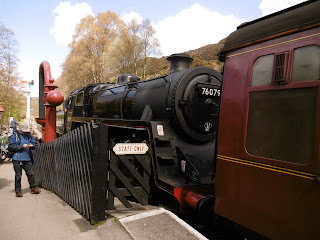 Steam train at Goatherd (fictional Aidensfield in t.v.'s Heartbeat) on the Forge Valley railway line between Pickering and Scarborough.


The two villages lie to the west of Scarborough on the busy A170. The Norman church of St John the Baptist in East Ayton was founded by the de Aiton family around 1150, the same family who built and lived in Ayton Castle from 1120 to 1359. After the de Aitons the castle became the stronghold of the Eures family but now only the shell of the main tower remains. 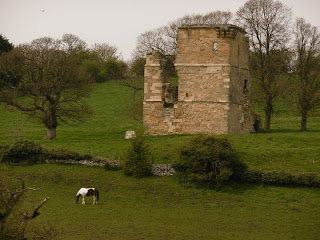 With the aid of the ‘No Through Road: The AA Book of Country Walks’ (1976) we began our walk in West Ayton taking a 4.5 mile route along the banks of the River Derwent. Using an out of date map always adds an edge to our walks when instructions based on landmarks have changed over the intervening 40 years.

We parked near the bridge at the edge of West Ayton and took a right turn onto a road which leads on to a lane leading to Ayton Castle. During the 16th century it was the home of Sir Ralph Eure who, as constable of Scarborough Castle, defended it against insurgents during the Pilgrimage of Grace of 1536.

This popular uprising in the north of England was the result of Henry VIII’s harsh policies, in particular the suppression of the monasteries. The uprising began in Lincolnshire and spread to Yorkshire, where it was led by Robert Aske, a country squire and lawyer, who called his followers ‘pilgrims’. Even though the rebels were able to summon 30,000 armed men to face the king’s forces, Robert Aske met with the Duke of Norfolk and negotiated a free-pardon for his men if they disbanded. However, Henry revoked the pardon and Robert Aske was executed with more than 200 other rebels. 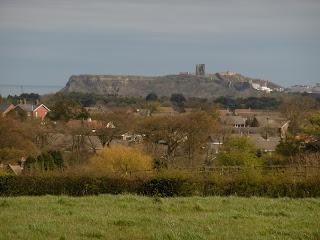 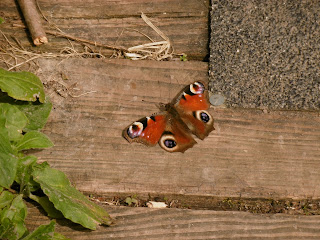 From Ayton castle we followed the track descending down to the riverside and followed a very well maintained path along the valley for 1 mile. Our guidebook informed us that the River Derwent is a noted fishing river and contains trout, black lampreys, crayfish and eels. On the day that we were there in May we were fortunate to see lots of beautiful butterflies. 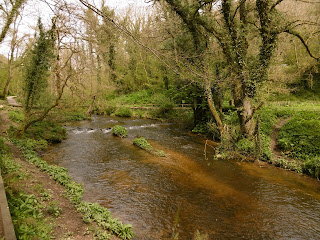 After 1 mile we crossed a footbridge to the car park opposite. It is thought that the name of the Forge Valley takes its name from an  eighteenth- century forge which was located at this point. We turned left out of the car park and followed the road, bearing right at a fork in the road onto a forest lane. The AA book for 1976 refers to ‘the forest drive’, now there are 3 possible walking routes at this point so we opted for the one to the extreme right. The path climbs up a fairly steep hill and then follows the edge of the valley through woodland.

We walked until we came to some farm buildings which, if we were on the right track, belong to Osborne Lodge. A low mound of earth, known as a ‘Skell Dike’, lies about 400 yards from the farm and is believed to have been a boundary wall dating back to the time of the Angles, which suggests that there has been a farm on that site for about 1,500 years

After the farm we began our descent down an old track which once served Whetsone Quarry. As the name suggests, the quarry once produced sandstone used for knife-sharpening. The track came out onto the main road which brought us back into the village of East Ayton.